Water softening process is a process to remove magnesium, calcium, sodium and other offending minerals from hard water using a water softener. What is meant by hard water? It is a type of water with high level of magnesium and calcium. As a result soaps are difficult to be dissolved in the water. Of course such water is not good for bathing or washing. In addition, hard water is also harmful to consume. Magnesium and calcium will make the water salty. It leaves hard stains on clog pipes, sinks, and bathtubs too. If you find you water is contaminated with over minerals, it is time to think about softening the water. Water softening techniques are very simple. The most common tool used is a water softener. The water softening systems make use of brine or dissolved sodium chloride salt ion to change the most typical causes of hard water, magnesium and calcium, into other substances. Water softening results in clean water (less over minerals) so it is convenient for bathing.

How is the Process of Water Softening?

A water softener is a device used in water softening process. It is the processes of medium zeolites exchange. There are synthetic resin beads in the exchange process. The contaminated water is processed through the medium causing a chemical reaction. The reactions produce some free ions from the sodium. In this reaction, the calcium and magnesium ions are sorted out and substituted with free ions. A coating of calcium and magnesium is created on the sodium. 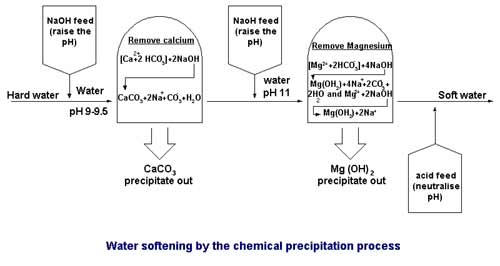 The, the water is able to flow without restraints to the other sides of the water softening system softly. After that, the softening system is back flushed or recharged with the solution containing sodium to be used again late in. This leads to another exchange of the ions, and the calcium and magnesium filled back. Finally, the flush water is disposed from the system or stocked up for later subtraction.

Is it Safe to Drink Water from Water Softening?

Softening water is only aimed to make the water convenient for bathing and cleaning. Can we consume softening water? The answer depends on the level of over minerals in the softened water. Some forms, not all, softened water is safe to consume. Softened water contains sodium and potassium. The sodium produced in the softening process has no effects for people health especially those to take low sodium diet. Potassium is even less likely to contribute to health effects. However, as suggested by Dr. Andrew Weil, this water is not ideal for cooking or drinking. Water that has been processed through water softening is only allowed for laundry and bathing.

Central heating radiator for your home

One thought on “Water Softening Process”